Know what happens if you or I lie to a Fed? 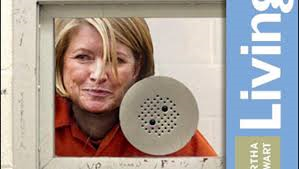 Just ask Martha, and many others.

Lying to a Fed will earn you a separate charge of five (5) years in Federal prison.  Even if you are found to be innocent of the original charges they sought.

What happens to a guy from South of the Border who lies to a Fed on his way into the country?

Folks, you and I know this on a fundamental philosophical level: When men are not treated equally under the law, then the concept of the "Rule of Law" and "A nation of Laws, not Men" is just a sham, first-class hooey.  My tone sounds light.  But I am not.  When one man may face little or no penalty for the same "crime" as may I, I have a serious f'n problem with the law makers, the law supporters, and the law enforcers, and the jailers.  And the court clerks who keep that machine running.  And the people who sell copy paper and bullets and computers to the attorneys and court clerks and the guy who sells all of them bagels in the morning.

When basic fairness is only a maybe in any given day, what have you got to lose by putting the throttle to the firewall in everything you do?

I'm not being flippant or snarky.  I am serious.  If I have as much chance of going to prison for decades during a traffic stop as the car in front of me, under what logical premise do I permit myself to be pulled over by people capable of taking me to prison?  I think most of us would be just fine we reasonable laws applied equally.  That's not where we live.

I am a hardcore Constitutionalist.  But now I may shock some:  Tell me which system is better: The system we have, which is a façade of the RoL.  Or, true Anarchy.

People are pushing me to play in the world of anarchy until I can have a world spoken of by Mister Jefferson.