Who is the III Percent Society for America? 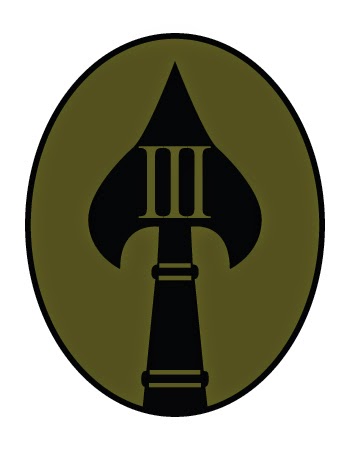 Many of you may assume that Kerodin is the guy behind the new III Percent Society for America.

Many of you know I have considered such an organization for years, a vehicle for bringing III Patriots together, all facing the same direction, working with allies, et cetera.  The time was never "right".

I apologize for nothing - I jumped in with both feet and was blunt - I wanted to play an important role.  But the true III Patriots who made this happen have given me permission to share their names with you.  You deserve to know.  And frankly, when you realize who is standing with me, I think you should have much more confidence in the organization.  I take nothing away from myself, but I do know my weaknesses, my vulnerabilities, and the fact that I am just one guy.  The men and women who helped get the III Society off the ground are hardcore.  And we all share the commitment that this organization be different than all those groups that have disappointed us in the past.  If you choose to be a member, you will have voting responsibilities.  If you choose to be a member, many of you will be recruited by your fellow Patriots to sit on the Board to set goals and agendas and ensure Liberty returns in our lifetime.  One year from the time the doors open, the Board will have seats that must be filled by members.

Enough of me prattling.  I'm not going to use surnames.  Most of these guys are "out" but I don't know to what extent.  You'll recognize them well enough by their online handles.

Tom "The Trainer" from the Defensive Training Group.

Jim Miller, President of III Arms, Kidney Donor to Mrs. Heller, and one of the most fervent III Patriots you'll ever meet.

Miss Violet - you know her from her own blog, from her comments, from her exemplary and dedicated work on the Citadel and other projects.  I know this woman personally and well.  She was invited in by Tom, which proves not only her value, but his Leadership.

Holly - and not because she's my wife.  Any one of you who has ever met her knows she carries her weight, some of my weight, has a professional resume, and work ethic that makes K Street drool.

Quietman3.  He's one of those guys in the shadows.  Do Not go into the shadows if he's in hunting mode.

Alan Mullenax - If you've met him, I do not need to say another word.  He was in DC with us in October.  He's one of those guys who made Capitol Police tremble with their backs pressed against the White House fence.

I am the least of this group.  I am humbled to be in their presence.  Now you know why I fought so hard to be among them.

When you read the bylaws you will read that in one year there will be elections to the Board of Directors.  I know a great many of you, some I have met personally, who would serve the cause of Liberty by having a place on this Board.  I hope you will consider jumping in with both feet as I did.  Because the group above are History-makers.  As are you.

For those of you considering Life Membership and Son of Liberty status - I just gave you the best 8 reasons I know to join the III Percent Society and help restore Liberty.

Tomorrow we will open the rolls for Colonials and Minutemen.