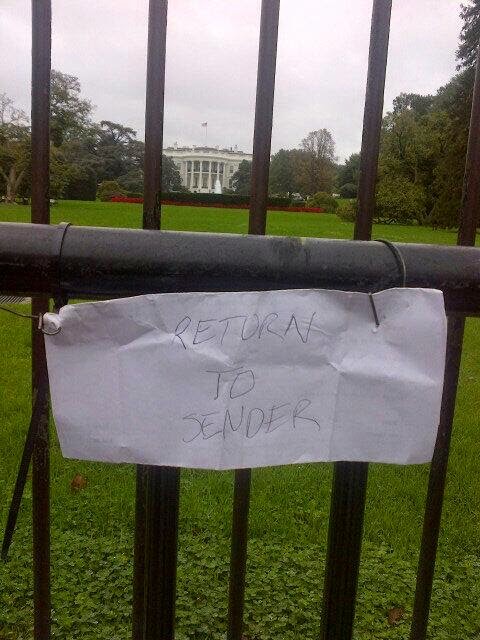 Many people are linking this ZH piece, for good reason.

Here's a key graf: No, what the White House feared was a larger response to such an attack. It feared the millions of patriots who would swarm down from all sides if it committed to a Ruby Ridge-style siege [at Bunkerville - K]. It feared the reality that this time, Americans were not going to sit back and watch another family be slaughtered on national television.  It feared the fact that it didn’t have the moral high ground in the public eye and that a kinetic failure on its part would be met with cheers, rather than tears, from much of the populace.

That is connecting the dots.  That is prudent Intelligent Analysis.  As far as I know the ZH writer was not on-scene in October at the WWII Memorial.  But he interpreted what happened there properly.  Two of our own were in the front rank of the protest, pressing a frightened line of riot-geared LEO back to the primary fence encircling the White House.  Our guys saw fear in those faces.

In both cases, and I can tell you from personal experience regarding the October WWII event, .gov chose to back down because both in DC and at Bunkerville, .gov was under-manned, out-gunned and unprepared for what evolved.  Yes, without a doubt .gov would have eventually won a battle on both days - but not after losing - horribly - Round One, and then they would have to come so hard and heavy they'd have to slaughter Americans in full view of the world.

.Gov chose to stand down in both instances, because of the optics.

That will not continue.  The forces that have captured this country have a plan and they have every advantage, especially in the opening days.  They intend to implement that plan.  I contend they have already begun.  They mean to murder every remaining shred of the concept of Liberty.

That means you.  And me.

Prepare to defend yourselves.