This is why the III Percent Society Matters... 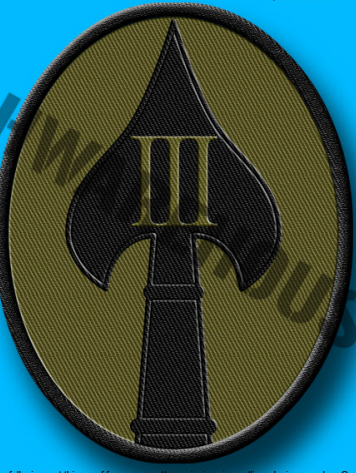 This is why I hope you will join the III Percent Society.

We plan to do something about pain LEO like those in Habersham like to inflict on innocent babies.

Here's a snippet of the story.  Below are sign-up buttons for the III Society.

Either you will help us do something about it, or you won't.

At 3am on 28 May, Alecia Phonesavanh was asleep in the room she was temporarily occupying together with her husband and four children in the small town of Cornelia, Georgia. Her baby, 18-month-old Bou Bou, was sleeping peacefully in his cot.
Suddenly there was a loud bang and several strangers dressed in black burst into the room. A blinding flash burst out with a deafening roar from the direction of the cot. Amid the confusion, Phonesavanh could see her husband pinned down and handcuffed under one of the men in black, and while her son was being held by another. Everyone was yelling, screaming, crying. “I kept asking the officers to let me have my baby, but they said shut up and sit down,” she said.

As the pandemonium died down, it became clear that the strangers in black were a Swat team of police officers from the local Habersham County force – they had raided the house on the incorrect assumption that occupants were involved in drugs. It also became clear to Phonesavanh that something had happened to Bou Bou and that the officers had taken him away.

“They told me that they had taken my baby to the hospital. They said he was fine he had only lost a tooth, but they wanted him in for observation,” Phonesavanh said.

When she got to the hospital she was horrified by what she saw. Bou Bou was in a medically-induced coma in the intensive care unit of Brady Memorial hospital. “His face was blown open. He had a hole in his chest that left his rib-cage visible.”

The Swat team that burst into the Phonesavanh’s room looking for a drug dealer had deployed a tactic commonly used by the US military in warzones, and increasingly by domestic police forces across the US. They threw an explosive device called a flashbang that is designed to distract and temporarily blind suspects to allow officers to overpower and detain them. The device had landed in Bou Bou’s cot and detonated in the baby’s face.

“My son is clinging to life. He’s hurting and there’s nothing I can do to help him,” Phonesavanh said.

Bou Bou is not alone. A growing number of innocent people, many of them children and a high proportion African American, are becoming caught up in violent law enforcement raids that are part of an ongoing trend in America towards paramilitary policing.