What difference does it make... 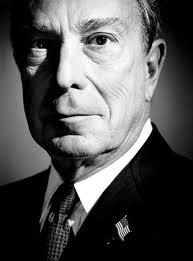 I took the title of this post "What difference does it make..." from Hillary, but the topic of the post is about something far more sinister, Evil, calculating than Hillary could ever be.  If you think the individual men and women currently in offices of the Regime are bad, you should take a look at who is waiting on deck.

I've mentioned several times that our current path is History repeating Hitler and the Nazi rise to power.  I am no Nazi-era scholar, but from the relatively low 10,000 foot perspective, even I can see the patterns then and now overlaying with precision that is, as we say, good enough for government work.

First, my premise: The United States Government at the Federal level, and nearly all State and local Governments across the country, have been successfully captured by the Communists and Socialists.  Not infiltrated.  Captured.  Prove me wrong.  Point me to even one member of our Federal Government who will take the position that Social Security is unconstitutional.  'nuff said.  The entire Government structure of what we call America has been captured and is in the control of Communists and Socialists.  (DO NOT get all nuanced on definitions of Communism, please - they are all the same tyrannical Evil)

In the 1930 elections in Germany, the Communists and the Nazis secured over 50% of Reichstag seats.  In the 1932 elections, the Nazis became the largest party in the Reichstag.  Every reader of this blog should have no problem connecting the dots and overlaying the two eras.  The Nazis taking Reichstag is equivalent to our Communists defeating our Socialists in America today.

If one chooses to make a correlation between the Brownshirts and LEO in America, we can see similarities in population intimidation, control, et cetera.  But the SA was more than just Brownshirts.  They were just one powerful group willing to thug it up for Hitler to secure his rise.  One can easily make the case that the Bernadine Dorn's, the Reverend Wright's, the Bloomberg's, the Unions, are also American SA, not just LEO.  The SA was willing to do anything to get Hitler and the Nazi Party into absolute control.

If we are willing to accept the premise that our own Nazi Party is rising, is now in the process of consolidating power, and has the support of non.gov unions, groups like OFA and MoveOn who would be willing to do violence, or finance violence for their agenda, and we conclude that such people may be willing to professionally recruit a pair of idiots like the Millers to stage more anti-Right propaganda, and you ask "What difference does it make?", then I ask you this...

...how's that Countervalue philosophy you've had settled for all this time working out for you?

First, I hope you realize that the Miller event, if I am correct that it was private sector versus .gov executed, means that we are further advanced into RevWarIII than even I understood.

Second, I hope you realize the Evil that is hunting you, your values and your ideology is a Beast that reaches far beyond the offices of politicians, bureaucrats and even LEO.  The Evil that would see you dead without a second glance probably lives in many of the houses of your own suburban street.  Whether they cut a throat, or simply tolerate that throat being cut - Evil is Evil.

I've never done an Evil, malum in se act in my entire life.  Would you say the same of all those Good Germans who lived near the camps?  Or, of those Good Americans who live next to you who Rah-Rah for our own Nazis?