Do not be part of The Stupid 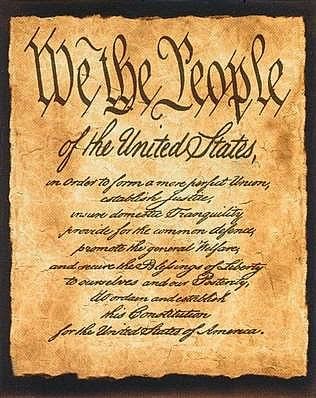 I am always fascinated when people claim that taking arms is an unconstitutional remedy to Constitutional abuses - or premature.

Does your Oath not demand that you swear to protect and defend the Constitution?  Do you think that the word defend is somehow limited in this context to reason, debate, puffy-faced declarations and throwing marshmallows at modest velocities because the other guy is just wrong - but does not include slitting his fucking throat?

How on Earth can you possibly come to the conclusion that an American is not justified, ESPECIALLY since the Constitution is founded on the Declaration of Independence, that when some fucktard perpetually abuses you or a neighbor, or a town, state or nation, by violating the clear enumerations and restrictions articulated in the Constitution, that you are not morally allowed to shoot him in the fucking face?

Congress shall make no law...

...and if they do, fuck 'em sideways with a big stick.

Enough.  The discussion with Communists of every flavor is over.

Mister Franklin gave us Impeachment as a means of politically (read: without killing) making certain misfeasors impotent when necessary.  Impeachment is NOTHING MORE THAN POLITICAL ASSASSINATION without actually killing the fucktards.  So, the fucktards insist on taking Impeachment - a kindness - off the table, well, that leaves us 2 options.

You choose your path.  But "They" are already moving on you, right now.