KTVI reports that Chief Jackson left the area when the protesters invaded the news conference... 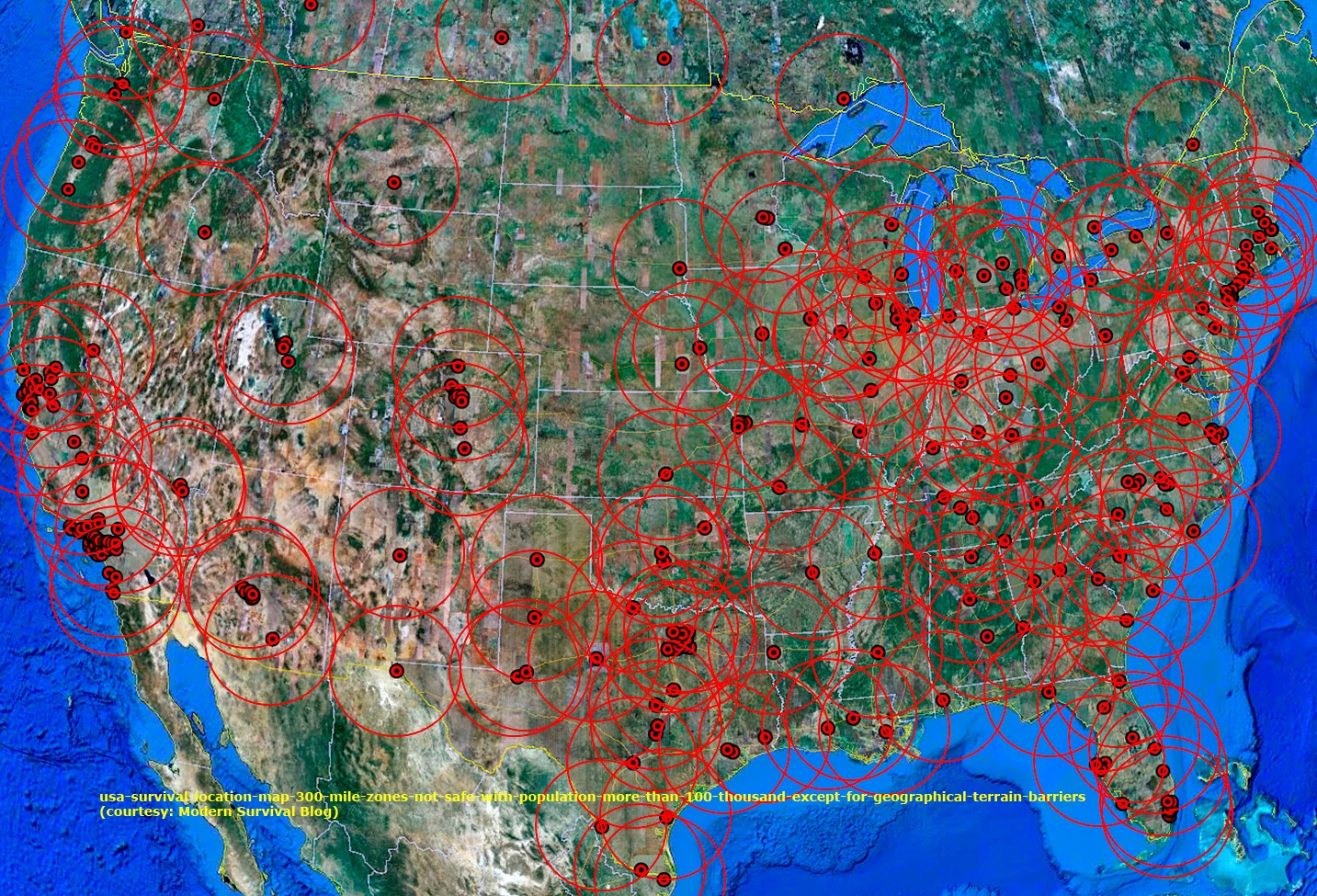 **UPDATE from Sandman**  Sandman sent this map that has 300-mile circles in place.

Are you in a safe place from where the Hordes may roam when sprawling outward?

Every major metropolitan area in America will become a slaughter zone - and you can't find one example across the nation that is run by people who believe in Rightful Liberty.

Ferguson, Missouri is within the St. Louis beltway, the highway encircling the city, but it is as far north and almost as far west as one can get inside that highway ring.  It has a population (2010) of about 21,000, fewer than 9,000 households, and demographics of about 2/3 Black and 1/3 White - personally I'd bet 80% or more of those households are of the parasite class.

Such a small community within the larger St. Louis Metropolitan Area is able to stretch the resources of local LEO to the breaking point - and the residents have not even shown up with 2A in-hand - yet.

Go to a map and find Ferguson.  Look at all the other communities inside that highway loop - and imagine what happens when they all go hot.  Yes, St. Louis would quickly become what we Americans usually associate with war zones in Third World countries.  And every single major metro area in America is a carbon copy.

Are you in any of those circles?  Does the stuff you use/need to live every day reside in or get exported from within any of those circles?  If so, do you, RIGHT NOW, have the manpower to keep what you've got and get what you need from within those circles, on a continuing basis, when every city in America looks like Ferguson, Missouri right now?  How many products will stop being produced within those circles - including power, pharma, food, etc?  I know for a FACT if you go 112.5 miles in any direction from the center of DC, you are covering a LOT of farmland, a LOT of meat production, and ALL of the seafood harvest from Chesapeake Bay.

Please don't lie to yourself that you can exist in those zones if it goes hot.  The hordes will scorch the Earth until they run dry of low-hanging fruit and begin to die of disease & famine.

FedGov can't secure those areas.  Local/State LEO can't secure that much ground, no matter how many MRAPs they have.  Hell, the Police Chief from Ferguson can't even hold one of his own fire houses from unarmed Black Panthers in a news conference.

In case anyone missed the announcement: RevWarIII has already begun, and you are watching it live...