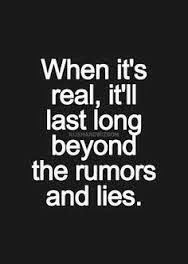 Normalcy Bias: Thinking they won't travel half-a-planet to take your stuff and put you in a ditch so that good Chinese and Russians can open pizza shops in Kansas...

As Americans blindly natter-on about the latest iWidget, scroll through headlines about Ferguson, Whack-a-doo Militias and 2A Extremists (storylines to be found in many major TV/Cable/Movie plot offerings) and decide if they think Hillary can save the world, Russia and China are doing exactly as predicted - moving in unison to expand their perimeters, get BRIC on its feet, and be prepared to capitalize on the coming shift in world power that will leave America as a Third World, Balkanized, conquered piece of real estate with tremendous wealth to be claimed.

Russia has a convoy of "Humanitarian" supplies and uniformed "Humanitarians" on the edge of Eastern Ukraine, while China declares it will build lighthouses on disputed islands and sends fighting ships brazenly into Japanese waters, telegraphing their intent.

Instead of asinine analysis that concludes"...Russia will never do X because they still move troops by train..." it would be wise for the American who covets Liberty to keep an eye on the immediate threats - like Ferguson and the border, et cetera.

But only a fool stops there, knowing in his heart the real goal is world domination by people of many races and nationalities who believe they have a Right to your stuff.

Normalcy Bias: Thinking they won't travel half-a-planet to take your stuff and put you in a ditch so that good Chinese and Russians can open pizza shops in Kansas...

(Yes - I know I opened and closed with the same comment.  Get it?)