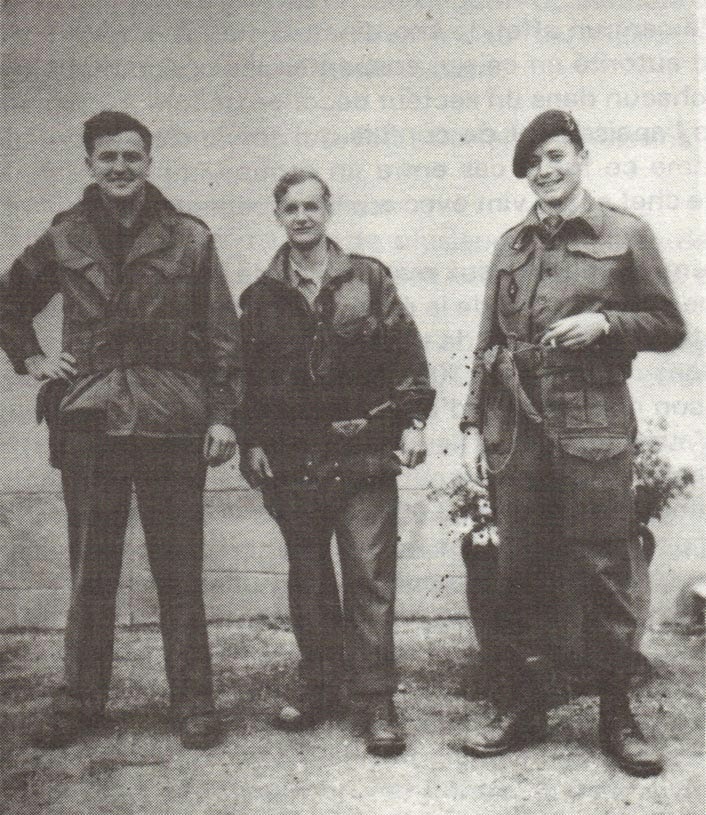 The three-man Team above was Jedburgh Team 'Ian'.  It was put together by Fairbairn, Sykes, Applegate, Donovan, and many more guys who had a good understanding of how to achieve a military objective.

Everybody has a plan until they get hit in the face...

There are reasons we were all born into a world where such axioms already existed. Believe it or not, the world did not begin on the day of our birth.  Other people have tried X and Y, and as a species, some of us learned.

Team Ian and the other Jedburgh Teams jumped behind enemy lines in France and elsewhere in support of Normandy.  Most Teams dropped in with an M1 Carbine, 1911, A radio for reaching HQ, One-Time pads, and a silk sheet that had 500 brevity codes for the Team.  A few teams dropped in with medical supplies.  Some brought K & C rations, and binoculars, and maps to help with their primary mission of fooking the German Rear.

Some of the first Teams dropped behind enemy lines with a firearm, a spade for burying their parachute, and false papers.

The Jeds were in uniform, to inspire resistance groups to rise up when the time was right.

These were brave men who did not over-think the situation, had no illusions about their odds of survival, jumped from airplanes and gliders with little more than personal weapons to raise a resistance.

Ask yourself honestly - are you over-thinking your mission?

And many more lived, succeeded in their orders, and went on to help America stand up serious capabilities, because they had been there, done that.

Take a hard look at your gear, the mission paradigm you have created in your heads, and see if you can't find a way to do the job with your rifle, pistol, knife, and radio.  LGoPs.  One Week of serious work.  America will be 95% fixed.

Here are some Jedburgh FMs.