Too many "Patriots" believe: If you can't dazzle with brilliance, baffle with bullshit... 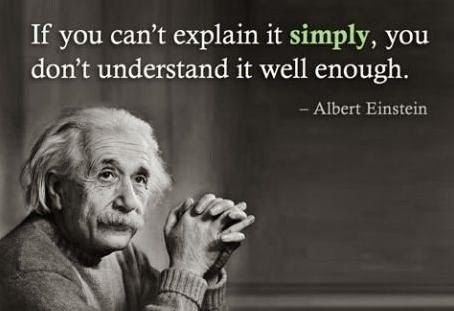 Most of you know this bit of life experience, but a few have not yet worked out the simplicities of reality.

When you must do X or Y, serious people just go do it.

Serious people do not over-analyze (which is usually fear cloaked as and explained as caution), they do not launch into complex and often needlessly complex acronyms, buzzwords or memes.  Such people are nearly universally frightened pups whose balls simply have not, and probably will not, drop in a time-frame that will make them useful.  Most such people consume far more resources in life than they produce - parasites.

At 0805 on Saturday morning May 10 a group of us met at Brock's NC PatCon and discussed the TOC concept ("TOC" came from some of our .mil vets).  From that meeting the notion of the III Percent Society was born.

Today the III Percent Society is up and running with a solid corps of Members.

In about 2 months Brock is hosting his Fall 2014 PatCon.  The TOC may be there.  Of course the TOC is a work-in-progress, but it will be on display IF H and I can make it - I literally just had a phone call that may change my ability to remain on the East Coast for 2 more months..

Some people talk.  And hesitate.  And vacillate.  Some try to fake it until they make it.

Some people get work done.

My sincerest thanks to everyone who supports the III Society, has taken leadership roles, and the TOC project.

We aren't done yet, by a long-shot.

But we aren't standing around with our junk in our hands, either, pissing and moaning and shoveling manure.

IF we can make it, and if you are training CQB on Friday with us and you have been through the Fight to your Weapon course - be prepared to take it up a notch.  If it is your first time, you'll get the standard course.

IF we make it - immediately after the PatCon, H and I will be leaving Brock's and heading to Idaho.  The Studio has been remodeled and is simply waiting for us to arrive.  Our time on the East Coast is at an end.