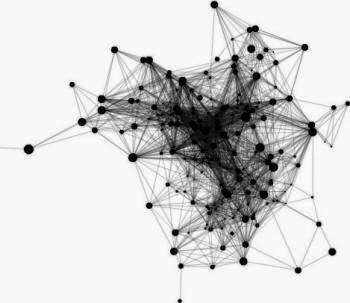 Much is made of securing your communications, whether on the phone, radios, email, sneaky-squirrel stuff online, et cetera.  I'm not going to knock it.  If you have the time to learn how to make your email to Auntie Joan, who lives across the country, more secure, go for it.  WRSA links to a good site for such things, here.

A question only you can answer: Are you properly prioritizing the skills you need to learn?  Spending time trying to learn about muffler bearings when you still can't point-shoot a paper plate at 20 feet or you haven't earned your HAM ticket and learned to use the radio, or you can't sneak up on your own dog in the house may be clues you need to check your To-Do list.

The ability to give your neighbor a loaf of fresh bread is worth more than most other skills on the To-Do list.

Most of us agree that a straight-up counter force approach to Enemies of Liberty is a silly strategy.  They have bigger guns, more of them, more ammo, and almost every other advantage in that battlespace.  The same can be said for long-range comms, the internet, and several other pieces of the field.  Bill Nye coined Local, Local, Local for a reason, and it is a reason with which most of us agree: Any fight is going to be local.  Small pieces of Earth populated by small numbers of people who make up your AO.

Your local intelligence network is local.  Sally at the diner.  Tom at the auto parts place.  Jim who drives for UPS.  Are you networking with people who actually live in your AO?  Or are you playing spy games with people who live 1,000 miles away?  With those locals you have formed tighter bonds to and looped into "Tribe", however you define that term, have you practiced dead drops?  Have you distributed OTPs?  Have you practiced good, old-fashioned team skills like following Mister X as he walks or drives in your AO?

It has been said, and it is true, that OpFor infiltrates Bad People into Tribes.  Depending on who you are and other circumstances, at some point, that OpFor Agent, whether it is Sally at the diner who you know only casually, or a trusted confidant, may go hostile against you.  What if Sally pulls a pistol from her apron instead of her order pad one morning, surprising you, planning to arrest you?  What if a member of your inner-circle clears leather while standing in your own kitchen with the intent of putting your brains on your refrigerator?

Focus on reality and the most likely scenarios, train for them, get good at it.  Walk as far down each training avenue as you deem necessary - but don't try to become an expert in all things - it can't be done and leaves you vulnerable to easy attacks.

Kerodin
III Percent Society, here.
Posted by K at 7:34 AM