When you need that extra little something to go All-In... 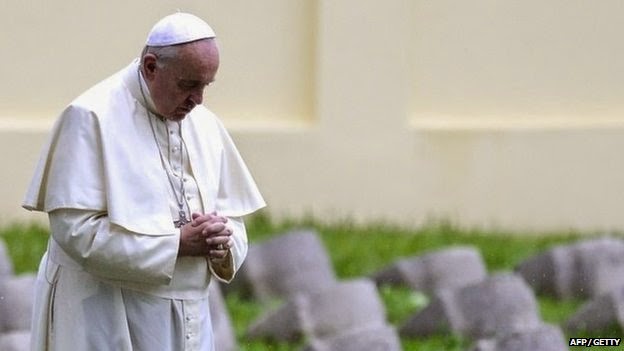 When you are pushing for WWIII and you just can't seem to get the herds moving the way you want through taxation, border disputes, Banksterism, you pull your Ace and go to religion.

When you rile-up the world's Christians sufficiently that they not only condone, but begin taking heads for Jesus - now you've got yourself a World War!

And the Pope is calling it for what it is...WWIII.  This is the Vatican beginning to inspire his armies to begin sharpening their blades.  No, this Pope will never publicly approve another Crusade.  But - Crusaders gonna Crusade, and ask Forgiveness another day.

We are just ramping up, campers.  Rosey the Riveter hasn't even been called-in yet.  But I bet you .Gov already has the professionally-printed posters in bulk and scattered around the country, just like those pre-printed "First Amendment Zone" signs...