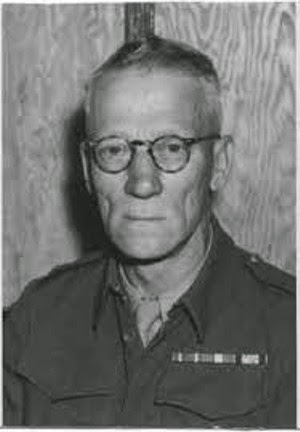 What was the public response when the State Department let it be known they intend to bring foreign Ebola patients to CONUS for treatment?  The blogosphere erupted, the conspiracy folks took it up several notches, and Ebola is what most Americans are talking about.

Now ask yourself: Is the White House trying to expand the Ebola deaths in America, or are they merely turning up the volume knob so that Ebola remains the conversation?  If you suspect the latter, then we must consider what the Ebola clamor is drowning out.  What else is happening while we are all focused on Ebola?  Is the Ebola noise merely an intentional distraction?

Whether this latest escalation is simply designed to keep us looking at the right hand while the left hand does something more sinister, or it is indeed an attempt to import Ebola as a weapon, you should consider attending training with Georgia Force on Force in February.  I had the opportunity to meet Grenadier1 at Brock's Spring PatCon, and watch him teach a primer force on force class.  It was outstanding, and revealed soft spots for the participants as they tried working as a team.  G1 and his team are offering critical skills training you will need at some point.  You will meet allies and be forced into Harm's Way without time to train together.  You'd better know how to operate with brand new allies in the middle of a Cluster Foxtrot.

Israel has posted a piece that offers perspective on what matters.  This is "Why" we will fight.

We will fight for ourselves, for our blood, and for those brothers and sisters we have met who do not share our blood, who we choose to be part of our lives.  We will fight so that in our twilight we can look back upon our lives and remember those Souls who improved us simply by being our friends.  Time and distance can not take from us the gifts our friends brought into our lives.

The man in the picture above is William Fairbairn.  Most of you know who he was.  He was born 20 years after RevWarII, and died 15 years after WWII.  He was in at least 600 contact-range deathfights during his life, and managed to die as an old man of natural causes - with a lot of scars.  He trained thousands of Americans and Brits in the skills of the Commando - skills that would help many of them to come home - alive - when their work was done.

One can make a very strong argument that sharing your skills with your fellow man is one of the more noble acts we can perform as a species.  G1 is putting himself out there to help fellow Patriots.  Max and J.C., too.  Sparks31.  Tom.  Come to Idaho and I'll share what I can.  A Patriot who hosted a CQB class last summer sent me a link to Fairbairn's Get Tough, still considered to be one of the bedrock manuals for serious close-range fighters.  For those training days when you can't be in the woods with Max and the other excellent trainers listed above, use solid sources like Get Tough as a blueprint for training with your Tribe.  Thanks, Jeffery.

If Rightful Liberty is to be alive when the dust settles, it will be because you trained, because you chose to Stand Up, because you dared to defy those who would be our Masters with a sincere "No."