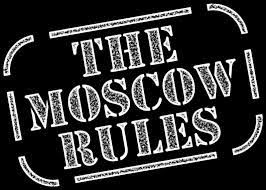 The mid-terms are over.

We are now entering a new phase of American History.

I contend the Enemies of Liberty will begin to go hard much more often, with ever-decreasing concern for the optics.

Every Patriot must now be on War Footing.

The Moscow Rules are in full effect:

Roger's Rangers Rules:
We will each reveal who we are in the coming two years.  The Enemies of Liberty will test you - personally.
Remember the Standing Orders of the III Percent:
I: Stand your ground...
II: Do not fire unless fired upon...
III: If they mean to have a war, let it begin here (Defend Yourselves!)...
IV: When war is begun, go find something Evil and kill it...