I Council for my Fellow Patriots 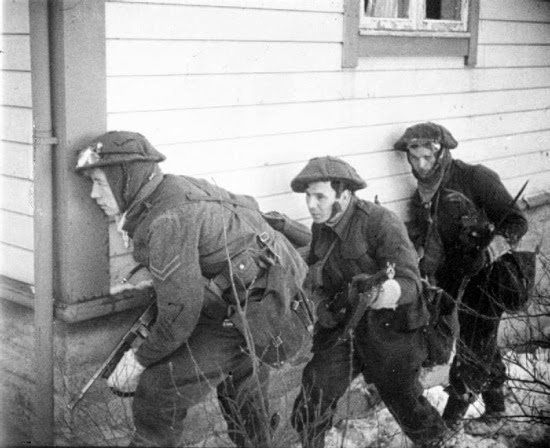 It is time for Patriots to address one of the most basic facets of their role in RevWarIII.  Let's focus for now on those Patriots who intend to go into Harm's Way in an active manner to challenge the Reds who are prosecuting their revolution against the Constitution.

We need to identify ourselves so that we can form an accurate self-image.  That will lead us to define what we are to do, and how we are to do it.

As Patriots we must consider the battlespace.  A few simple observations: We are outnumbered, out-resourced, and out-gunned.  Even the largest organized groups among us, the Militias, as a rule, can't put a Battalion-sized force on the Green, acting under a unified Command. Most of the Patriots who have fighters in their Tribes have6 or fewer fighters who can go operational.  As most of you know, the average Special Forces A Team has 12 fighters, and in some circumstances can split into Teams of six.

It should be obvious to everyone that Militias, Tribes and Teams that the methodology most suited to FreeFor realities is to follow the Special Forces model whenever possible.  Each member of the Team has a specialty, and each member is cross-trained.  If you are the Commander of a Militia unit with a dozen or more fighters, consider organizing multiple A Teams.

The vast majority of Tribes and Teams out there have 2-5 fighters.  When you go to school at J.C. or Trainers place, you'll work in 2-man Buddy Teams, and 4-Man Fire Teams.  These are the bedrock skills of infantry fighting.  I would suggest you develop and master these skills, fighting in Buddy Teams and Fire Teams, then adding advanced skills of the Special Forces soldier.

My recommendation: You learn the skills of the Commando.  Whether you fight in two-man or four-man Teams, you will be in no position to conduct force-on-force battles.  By sheer numbers and realities, you must be the Guerilla.  But I despise the word "Guerrilla" - it connotes the enemy that seeks to undermine .gov - and that is not our goal.  Our goal is to restore Constitutional Government. Never let the enemy define you.

You will be forced to fight as the Commando, and Commando is the label you should assume for yourself.  Commandos are noble.  They are the good guys.  They fight unconventionally for what is right and good.  The Commando is someone special.  The Commando can instill confidence of those in the populace and auxiliary.

Be a Commando.  Militias - Divide your people into Commando Teams who can work together alone, I small groups, and on a larger scale when necessary.

Not necessarily a modern SEAL or A-Team with their precision and Hollywood mysticism, and instead consider the WWI & WWII Commandos who were just a bit different think there GI comrades - guys with '...little something extra...' - a can-do attitude that often saved the day when orders were incomplete.

Personally I prefer the three-man Commando Team.  I have made no secret of my affinity for the Jedburgh Commandos of WWII.  But for most of you, I would suggest the 2-man and 4-man Teams advocated by the Trainers of our Community.

In 2015 I intend to open a school for those of you who seek to take your training to another level.  I will teach the Jedburgh Method.  I will teach CQB and Combatives that you simply can't get elsewhere.  I will teach highly specialized Train the Trainer courses.  But before you show up for my Jedburgh Courses, you will need the basics offered by J.C. and others.

The Jedburgh courses will not be simple 1 or 2 day courses.  If you come to Idaho, you will have room and board and meals covered - but you will have a minimum of 9 days on the mountain - a week and 2 weekends.  There will be longer courses, and there will be an exclusive "Train the Trainer" course that will allow graduates to leave the mountain and sign up classes to teach.  You will have a "Scroll to Teach" which will allow you to book classes and teach what you know, with official endorsement.

In some cases, we will be willing to travel to your Team to train.  We can talk about those details when the time is right.

The key is this: III Patriots who intend to fight must be versed in 2-man and 4-man skills.  You must know SUT.  But you must develop the heart of the Commando.  You are special.  You intend to go into Harm's Way, alone if necessary.