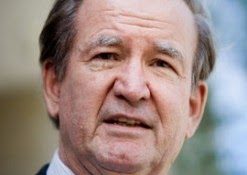 H.R. 758 calls the President of Russia an "authoritarian" ruler of a corrupt regime that came to power through election fraud and rules by way of repression.


This is the sort of ultimatum that led to Pearl Harbor.


Why would a moral nation arm Ukraine to fight a longer and larger war with Russia that Kiev could not win, but that could end up costing the lives of ten of thousands more Ukrainians?
Those who produced this provocative resolution do not belong in charge of U.S. foreign policy, nor of America's nuclear arsenal.

As I have said - Man is destined to destroy itself.

We permit the most stupid mouthbreathers among us to control the levers of society.

We deserve what this way comes...