Sparks31: Anytone TERMN-8R – Not A Review 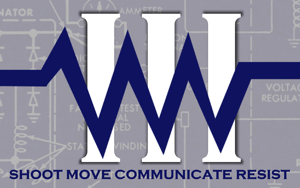 Sparks31 has a post about the new radios, here.  He'll be able to run them through their paces at the Idaho PatCon in July.  I also will be shipping a pair to allies in the South East so they can do some T&E as well.

I am going to keep hitting the radio topic through the weekend.  As stated below, I'll be placing our order on Monday.  AnyTone assures me I will receive the radios in about 3 days, then they'll ship to you.  Also mentioned below, I had Zoomie's great Resistor graphic turned into a patch, and we'll be shipping one with each radio you purchase on our first order.

Now, here's something extra I may be able to offer.  Because of Dealer rules, I can't sell the radios cheaper than the price-point set by the manufacturer.  But I can offer freebies with your order to help give you a bit more for your money, such as the patch.  Here's the second freebie I would like to offer: If we can get just 21 more radios ordered for this first purchase, I will be able to send everyone a Condor or Rothco radio pouch with each radio you order, free. (That's in addition to the patches.)

Let's do this, Patriots.  Order a few extras.  As with any gear, two is one and one is none.  But also remember that when SHTF, you will have people coming to you for leadership.  They will be unprepared, but useful.  Be able to hand them the basics so they can help you shoot, move & communicate.  You'll never regret having extra Comms gear.