COVID-19 a Gift from ChiComs to American Patriots... 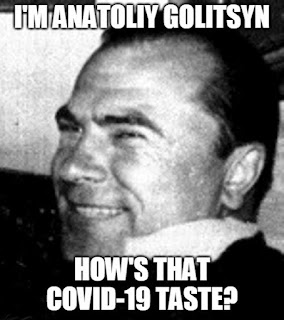 COVID-19 is a bio-weapon released by the ChiComs as an economic attack directed at their prime enemy.  As bio-weapons go, it is a modest and restrained weapon.  A bio-weapon that kills the old and medically vulnerable is hardly the same as the bio-weapon that is designed to kill en masse based on DNA markers - such as blond hair, as an example.

Time will tell the extent of intent behind this attack - but it is an attack on America.  It is an act of war and should be treated as such.  That does not mean a nuclear response - but it certainly means an immediate severing of all ties-that-bind our interests with their interests.  Time to begin building the Liberty Ships once again - across every industry.

This is also a gift to those in America who genuinely believe in Jeffersonian Liberty. 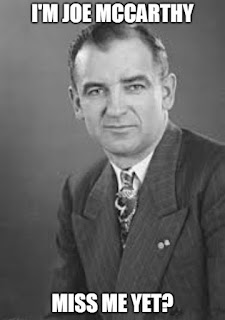 This is an opportunity to cut the blood supply to the malignant tumors upon our society and excise them from the national body.  Jim Cramer has called for .Gov to suspend tax collection - a call that should be supported not so much for the intent of stemming the economic implosion that is headed for us like a freight train - but because taxation as practiced in America is immoral and predatory.

But we should go further.  In the name of 'defending ourselves against COVID-19' (sure, ok - it's as good an excuse as any) .Gov should immediately STOP SPENDING money on the same malignant tumors in our society who are the real problem.  Cut off all food stamps - now.  Do not cut another SSDI check.  Stop all the payments to the filthy parasites living on Welfare Lane and working in .Gov jobs that are nothing more that work programs for those people who could never get or hold a job in the private sector.  And for the love of God, it is time - and an ideal opportunity - to dismiss the leftists among us.

Under the cry of America First as we plunge unavoidably into this economic abyss that will fundamentally alter America, real change can be recognized.  We can shed the dead weight.  "If you don't work, you don't eat" can once again become a truism, not an obsolete notion.

America First.  It's time to do Patriot shit...