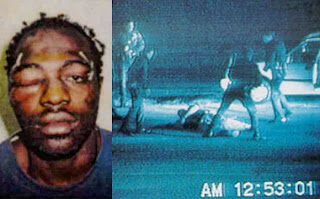 Alan Mullenax made the observation awhile ago that the dust-ups in the "Liberty Community" give those watching the opportunity to choose sides.  Smart people see what is happening, and they understand that just because someone claims to be a "Patriot", he may define that word far differently than do you.  In fact, the odds that the average "Patriot" seeks a 1791 DoI/Constitution/BoR compliant version of Liberty are pretty slim.

We saw that with the recent revelation of the "Rockford Sons of Liberty" who wear the word Patriot and vow to "sniper-sweep" on behalf of MoveOn and other Leftists.  That insignificant little Mayoral douche in Texas is another example.

CA reminded us that we should seek to defeat the Bad People before we start fussing among ourselves for whichever Utopia we advocate.  That is not bad advice, and I'm aboard.  To a point.  I've already stated that point time and again.  If your version of Liberty includes anything beyond Jefferson's Rightful Liberty, we've got a problem.  We've got a problem that will include violence if you try to bring that "Liberty" my way - before or after OpFor has been cleared from the field.  As I have mentioned specifically to several people - if we end up in a foxhole and I learn your end game is bad, a knife in the neck is suitable.

But, for those who have their heads on straight, don't let the insignificant little minds online distract you.  They must endure life living in their suck.  When the balloon goes up, they will all be hiding and wetting their panties.  No need to keep trying to get us all to play nice in the sandbox - because we are not all on the same team.

Jake has a good perspective, here.

Stay safe, folks.  Let the little people ping off our efforts like spoons bouncing off a battle tank.