The "Shutdown" Was Shutdown 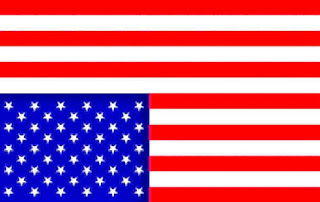 Another set of Patriots on the Mall with us was Prepping Preacher and his wife.  They traveled in from Maine.

"Semper Fi" he offered former Marines as they passed him, and all responded proudly.  He was there for all of the Marines who were also on the ground, and for all of those who could not be there.

His flag waved in the cool, misty Washington fall air.

We were surrounded by Vets and other Patriots.  I felt like a kid again, back at the VFW just a few miles up the road.  But I am no longer a kid, and as I watched the WWII and other Vets, I thought about how it was my turn to support them.

Make no mistake, folks - we are at War.  With Communists and their Evil cousins.

We need not travel to foreign lands to find or engage them.

They have a plan, as they always do.

That plan only relates to you and me in the chapter titled "Be rid of the opposition".

This war escalated yesterday, at least on our side.  Even if you couldn't be on the Mall yesterday, you were there.  You were there with us.  We know you have our backs.  We know if the world goes sideways and eats us, you will serve the next course.

Respect the world around you, it is dangerous.  This is not your father's America anymore.

Here's the link to Prepping Preacher.  If his blog is not on your daily read list, it should be.