III Arms Company: Justice for all 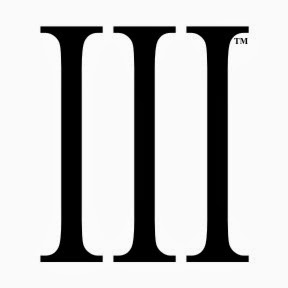 Many of you recognize the III above as the Trademark for III Arms Company.  Many of you also know that Mike Vanderboegh, in an effort to destroy III Arms, President Jim Miller, and the nearly 50 III Patriots who helped make the company a reality, convinced Randy Booth of Red Dot Arms to use the III Arms Trademark on Red Dot firearms.

This is a legal battle, and it is not over.

Mike's attempt to ruin III Arms, yet again, blew up in his face spectacularly in the last week. Holly has quite the legal remedy headed his way for tortious interference.  Yeah, he's a sick old man, but that doesn't give him license to try to steal from people who actually work for a living.

Randy Booth, owner of Red Dot Arms, and the FFL directly responsible for knowingly engaging in Trademark Infringement (which is illegal), profiting from it at the expense of III Arms Founders & customers, damaging the established goodwill of III Arms Company both nationally and within the Patriot Community, very quietly took all products using the trademarked III Arms logo off his website in the middle of the night.

No, Randy, not good enough.  Holly and III Arms are still coming for you.  On July 25, 2013, you lied to Holly in email. You clearly asserted that you stopped using the Mark. She'll be happy to forward that email to your legal counsel.  Bad faith business practices have legal consequences and you will pay dearly.  Holly really isn't fond of liars.  As Holly said just moments ago "...the appearance of compliance is not the same as actual compliance; it is our legal obligation to police and protect the Mark, therefore, Red Dot Arms must provide proof of compliance and be held liable for all injury based on mis-use of the III Arms Mark..."

Some of you may wonder why the Kerodins find the courts a suitable battle space.  It is a civilized forum for the remedy of certain wrongs.

So, court it is.  People think I am anti-government and anti-courts.  No.  I am anti-BIG government, anti-meddlesome government, and anti-ambulance chasing.  I'm all for legitimate conflict resolution using courts when necessary.

So, as an update on the latest kerfuffle that started when MBV looped poor Randy Booth of Red Dot Arms into breaking the law to further his personal vendetta against me - he loses.  Again.

You may wonder why I go so hard when people mess with III Arms, especially since I am not a member, earn no income from it, or am in any manner legally part of the company.  It is simple: Nearly 50 III Patriots entrusted me with the task of getting this going.  That is a lot of trust.  For those of you who understand Japanese feudal concept of on, or obligation, you understand.  I owe these people my absolute protection in any manner I am able, from every threat.  I won't ever neglect that obligation.