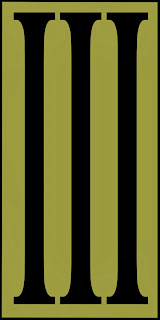 The recent III kerfluffle is an inside-baseball event.  I can prove this simply - how many bloggers on your blogroll bothered to cover it?  Heh - non-event.  Insignificant.

That is not to say the III Percent and III Patriots are insignificant, you and I know we are the tip of the spear in the Liberty Movement.  We're the folks on point who will get .Gov attention first.  It was a III Patriot who was responsible for returning Barrycades "...to sender..." But for III Patriots, in particular THAT III Patriot, Sunday the 13th of October would have been just another day.

The kerfluffle, instigated as always from another part of the web, is proof that the III Percent has slipped his grasp.  He has become irrelevant.  He is, at best, an asterisk in the fight for Liberty.  The quality of those few who still comment anonymously and abusively at his website prove that he has lost any mandate of relevancy he once possessed.  That is not my judgment.  That is the collective judgment from the hundreds of people who have walked away from him, the dozens and dozens who commented recently at WRSA, at my site and elsewhere.

Further evidence that he has lost his mandate and that people are dismissive of his perspective, is that he perpetually lashes out at people like CA at WRSA, Jim Miller, JC Dodge, Bill Ford, and the list goes on.  That is not what Leaders do.

Instead of getting out and leading men, from the front and by example, he simply tries to tear them down from a keyboard.  That is not what Leaders do.  That is not how real men behave.

Whatever the III was, or was supposed to be, it is now something more.  More relevant.  More significant.  More tangible.  And much, much larger in ranks.

I have had people describe me as a III Leader - friends and foes.  I know friends mean it as a compliment, my MSM foes mean it to put a bulls-eye on my back.  But I must remind everyone that the III is a bunch of Patriots who will pick up rifles if the republic ever needs us, and we will go forth into Harm's Way.  We are not SF Troops.  We are not SEALS.  We are not US Marines.  We are Citizen Soldiers, emphasis on Citizen.

"Leaders" speak of ranks, which most of you are familiar with from the military.  I say this with all sincerity and humility, and I have said it many times before - I am just a guy.  I am walking ---> this way.  You are welcome to walk with me if you choose.  Now I'll let you in on a secret.  When I look for leadership - I look to WRSA.  I often swing for the throat out for reflex.  CA holds the moral center of the III.

I will continue to do what I have been doing, which is to help build tangible assets for the Liberty Movement.  The Citadel is our biggest achievement to date, and it encompasses vast numbers of people, not just me. III Arms is another such tangible asset for the III community, a tangible and practical asset for III Patriots.  The people running III Arms have done an outstanding job.  Holly and I have personally met and trained hundreds of real III Patriots.  We've done more as a group, and I will continue to take point on more projects.

But I am just a guy, folks.  I welcome you at my shoulder if you care to walk the same direction I am walking.

If I ever choose to throw a brick through a window, I'll throw the first one.  If I ever choose to attend a 2A "Protest", you will NOT find a silly-straw snaked through the chamber of my weapon.  I will protect those of you who choose to stand at my side as best as I am able.  You fuck with Miller, you fuck with me.  You fuck with Miss Violet, you'd better hope someone pulls me off before I kill the idiot in her grill.  You come at CA, I will be on your flank, ready to hit you in the back with my Chevy.

We've got work to do, folks.