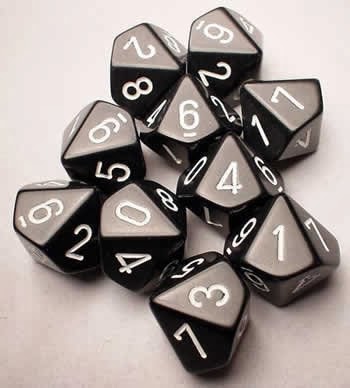 In my learning curve I have come to the conclusion that old-school 10-sided dice are the most secure method of building your One Time Pads.

Another thought that has been noodling through my head: There are, apparently, software programs available online to help you take a message, turn it into CW, then burst it to your recipient.

The cynic in my says ANYTHING you ever do with a computer must be assumed to be compromised.  Even if you have never connected that computer that you dedicate to your commo rig, maybe a laptop or an AIO or a powerful tablet - if it has wifi, it has means to communicate with Bad People if they want to look inside.  Backdoors.  I have decided to go another direction as I build my rig and choose my widgets.

Yes, I still want burst capability, I want encryption, I want frequency hopping.  But I simply can't trust a computer on my end not to squeal like a bitch to the Enemies of Liberty.

Now the $64,000 question: If my intended recipient receives my burst, which I have had a super-geek build from scratch for security, tied into his tablet/laptop/PC - how safe does it remain if Enemies of Liberty are watching his machine?

I think radio comms are a critical element in our future kits - but the more I learn, the more I am convinced Bad People own the battlespace and there are vulnerabilities even if you do everything right.

More as I learn.  For you teams with Comms guys, ask them about PC based programs for burst, encryption, freq. hopping - see if they have concerns.  The last thing you want is Bad People to learn your location because your Comm guy didn't think about the backdoor in his nifty Windows Tablet he is using to run CW burst.  There are even programs out there that let you type words, then they convert those words to morse, then burst - how much suck is immediately aware of your location...