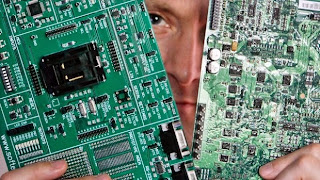 **Update**  Denninger has posted on the same topic, here.

If you know those who mean to be Masters consider you to be a Hostile, and especially if you agree that you are a Hostile to those men, there are certain assumptions you need to take.  First assumption is obvious: You are a target of those men.  You must assume that they have devoted at least some quantifiable energy and resources to ascertain where you sit on their threat matrix.  Some bureaucrat will push you into a category, perhaps violent threat, perhaps no threat because they assume you are all talk, perhaps a threat only if X happens, perhaps they throw you into the "We can compromise him" category because they have X details about you.  You must also assume that they have access to your phone and computer.  If you have a "SmartMeter" installed at home or your office from your electric company, they have the capacity to deduce even more about you and your home.  If your home alarm system is connected to a monitoring station or internet, well...

We know NSA and their allies have far more capability to collect data than to sort it all with Human eyes - but you can bet that gap is closing rapidly as software and hardware improve.  You do not start jumping at shadows just because Bad People don't like you, but you do need to understand where you are, or may be, vulnerable and you must respect those potential vulnerabilities.  Just because you think you may be way down the priority list for enemy action or further targeting - what if you are wrong?  What if you get sloppy because you don't think they have the time or resources to focus on little-'ol-you?

How do you know what their priorities and capabilities are?  2 or 3 years ago you may have thought drones were such an advanced and expensive asset that it would be decades before they'd be available to US LEO.  Whoops.  How do you know if .mil and .gov have handled all the big targets and moderate targets and now have time/resources to focus a bit more on lesser targets?  And if your government is intent on becoming a Police State, the local Militia Captain with Ham capabilities may be a bit higher on the list than you may think.

And now we have this from AP regarding American Intel: Der Spiegel said TAO had a catalog of high-tech gadgets for particularly hard-to-crack cases, including computer monitor cables specially modified to record what is being typed across the screen, USB sticks secretly fitted with radio transmitters to broadcast stolen data over the airwaves, and fake base stations intended to intercept mobile phone signals on the go.


The NSA doesn't just rely on James Bond-style spy gear, the magazine said. Some of the attacks described by Der Spiegel exploit weaknesses in the architecture of the Internet to deliver malicious software to specific computers. Others take advantage of weaknesses in hardware or software distributed by some of the world's leading information technology companies, including Cisco Systems, Inc. and China's Huawei Technologies Ltd., the magazine reported.
Der Spiegel cited a 2008 mail order catalog-style list of vulnerabilities that NSA spies could exploit from companies such as Irvine, California-based Western Digital Corp. or Round Rock, Texas-based Dell Inc. The magazine said that suggested the agency was "compromising the technology and products of American companies."
Old-fashioned methods get a mention too. Der Spiegel said that if the NSA tracked a target ordering a new computer or other electronic accessories, TAO could tap its allies in the FBI and the CIA, intercept the hardware in transit, and take it to a secret workshop where it could be discretely fitted with espionage software before being sent on its way.
Intercepting computer equipment in such a way is among the NSA's "most productive operations," and has helped harvest intelligence from around the world, one document cited by Der Spiegel stated.
This is not offered for anyone to go fetal.  We all know .gov has significant advantages on several fronts of the polygonal battlespace.  It is offered simply to help those of you who intend to go into Harm's Way grounded and avoid the pitfalls of over-confidence.  Your electronics are vulnerable to compromise.  Most of the people you consider to be your closest allies are vulnerable to compromise.  (Let a new age Brownshirt put a pistol to the head of your #1 man's wife with a simple offer - go and put 2 rounds in your Militia Captain's head, and your family lives)  Think it can't or won't happen?  You haven't paid much attention to Lawfare in the last 40 years then...
Here's the AP article.
Keep your guard up.
Kerodin
III