Question about your local gunshop 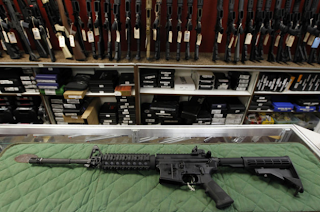 Below I posted about the need for the III Patriots in our community who had the resources to step up and put a check for $22,500 on the table (or a few guys to write a few checks to reach that figure) so we could put out a professional DC Quality Fundraiser to put some real money in III coffers to help finance not only clandestine and covert ops, but to centralize some training for guys who need it but can't afford it, to buy med supplies in bulk and get them to units that need it, et cetera.  My point was simple: But for the deep pockets of John Hancock giving cash to Adams, financing the Revolution would not have happened.  You do remember fat and happy and warm merchants across the Colonies while soldiers lost toes and feet to frostbite in Philadelphia, yes?

No Resistance can operate without cash.  Bad People running resistance movements (and there is an internet filled with examples, none I could find from the political Right) who robbed banks and sold drugs and kidnapped people to finance their resistance.  That is not you or me.  The current Marxists murdering the republic do not have to resort to such means - they send out letters to a network of like-minded Souls and those Souls cut checks for thousands and thousands of dollars.

We do not fundraise professionally, at all.  We need to begin. To begin, we need a small pile of cash.

We need Patriots who have deep pockets because they have had successful businesses, savings they can dip into, and other resources to come up with $22,500 for a professional Fundraiser that "SHOULD" return anywhere from $60K to $600K.  The Patriots who dig deep and pay for this bill will get their money back, that's part of the deal.

But without cash, you do NOT have a resistance.

I have had one (1) ONE email from a very serious III Patriot who is considering his ability to do it.  This man has been here for years, his bona fides as a III Patriot are not in question.  I get the sense that digging that deeply into his available resources will put a strain on his household.  That is a man willing to answer the call and do Hard Things.  I don't want anyone to strain their finances that severely.

So, when you get a chance, please re-read the original post below - I've linked it here.

Right now I have another important question:  You know your local gunshops, probably the owner, and maybe even a few of the staff.  If we got a good speaker at the local Hilton to give a speech on 2A, how much would you trust your local gun shop owner(s) to help promote the event.  We could/would keep our politics in-line with NRA sensabilities (trust me, your average gunner will write a check to NRA values, they'll turn in a huff and stomp away, calling your momma names if we talk about "our" politics).

If you think your local gun shop(s) would faithfully promote the event and get their customers there - would YOU be willing to take point in your AO and help stay on top of them, then reach out to the Tea Party folks (Yes, they don't like our politics either, but they WILL write fundraising checks to NRA values)?

What say you?  I've added a poll at right, but please don't let that be your only response.  Comment here on the post if you think your locals are too apathetic to really show up.  It is a political off-season, but there is enough 2A in the media that gunners are still running with high passions.

Oh - if you have an ethical hiccup about toning down our political rhetoric for fundraising - I don't.  The purpose of the fundraising is 2A and Restoration of Liberty.  That is an honest message and it will be presented as such, and donations will be spent as such.  I have no problems parsing my words, and I never tell a lie.