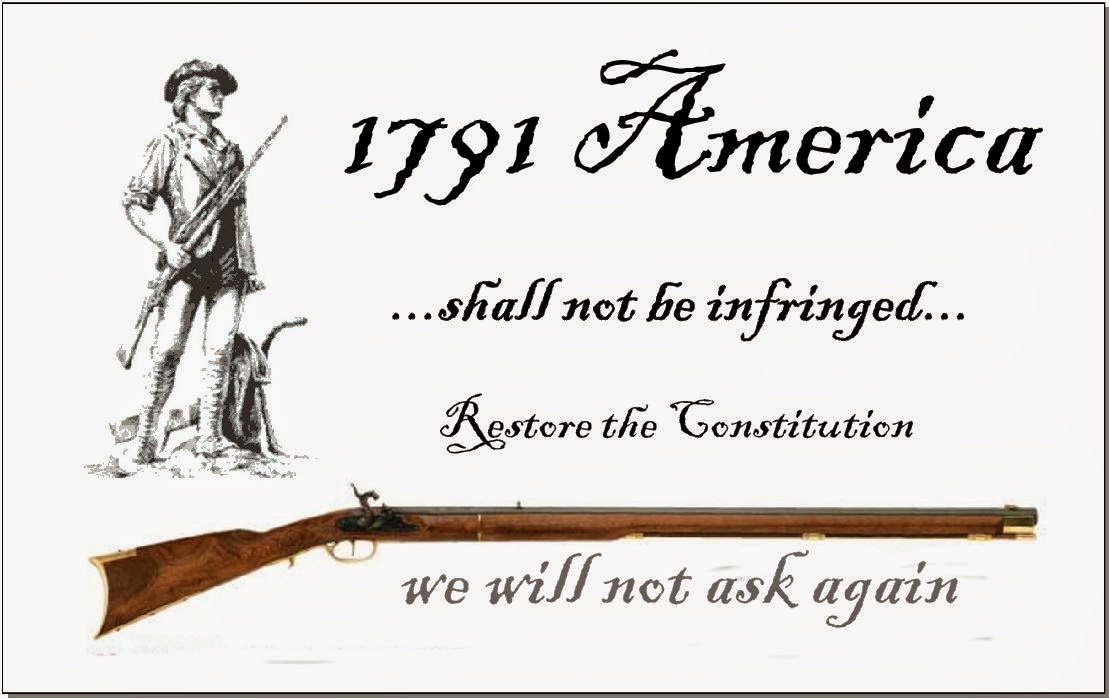 Florida will consider a State law that prohibits any State asset from assisting any Fed 2A enforcement.  The law won't go further - they won't try to stop FedGov Agents, either.

My question for those States that are considering any sort of independence regarding FedGov 2A mandates is simple - not one State in the Union that currently has or has proposed any FFA-type legislation has dared (or chosen) to honor the true intent of the Second Amendment.  Not one FFA State has de-criminalized the making of automatic weapons, for instance.  All of those states also restrict carry in some manner.

Without dampening the momentum of any State that is moving in this direction, I would suggest Patriots in those States make it clear to their State governments that they will not accept State 2A infringements any more than you will tolerate FedGov infringements.

Here's the piece on Florida.  Good luck to you if Florida is home.