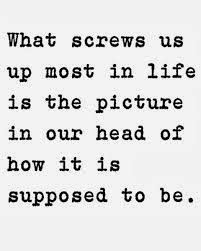 These are the stated goals of Operation American Spring, commencing in ten days:

Phase 1 - Field millions, as many as ten million, patriots who will assemble in a peaceful, non-violent, physically unarmed (Spiritually/Constitutionally armed), display of unswerving loyalty to the US Constitution and against the incumbent government leadership in Washington D.C., with the mission to replace with law abiding leadership. Go full-bore, no looking back, steadfast in the mission.

Phase 2 - One million or more of the assembled 10 million must be prepared to stay in D.C. as long as it takes to see Obama, Biden, Reid, McConnell, Boehner, Pelosi, and Attorney General Holder removed from office.

Consistent with the US Constitution, as required, the U.S. Congress will take appropriate action, execute appropriate legislation, deal with vacancies, or U.S. States will appoint replacements for positions vacated consistent with established constitutional requirements.

Phase 3 - Those with the principles of a West, Cruz, Dr. Ben Carson, Lee, DeMint, Paul, Gov Walker, Sessions, Gowdy, Jordan, should comprise a tribunal and assume positions of authority to convene investigations, recommend appropriate charges against politicians and government employees to the new U.S. Attorney General appointed by the new President.

There is a monumental difference between a Necessary Fail and an unrealistic goal that is not only destined to fail, but in that failing will further add to the belief that the Liberty Movement is impotent.

But do not undertake futile exercises time and again that make us all look bad in your failure.  Do not draw lines in the sand that you will not defend.  It may be debated by reasonable men as to whether or not unarmed protests have any remaining merit in the restoration of Liberty.  But failing endlessly to reach stated goals is not a strategy.  It is failure.

And when you do step on the field, regardless of the task, make it count.