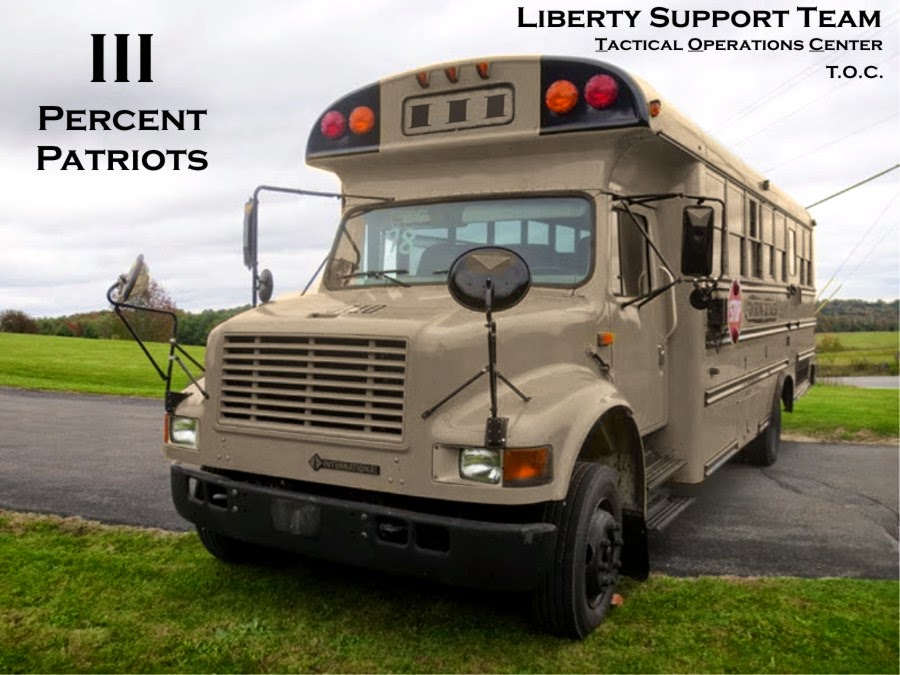 The III Patriots who will staff this bus, this support vehicle we have named the Tactical Operations Center (T.O.C.) intend to go into Harm's Way.

Their mission is to reveal to the world how evil many of the people who work in the name of our Government are to their fellow Countrymen.  The secondary mission of the III Patriots staffing the T.O.C. is to support Patriots on the ground as much as possible.

The T.O.C. staff will be from across the country, volunteers who raise their hands and say "I'll go - how can I help?"  We'll do the best we can to standardize operating procedures so even a team of people who have never met can get tasks handled.

I will repeat: The III Patriots who volunteer to serve a deployment aboard the T.O.C. knowingly intend to go in Harm's Way.

And every single one of you who sent money, who commented in support, who said a silent prayer, and those of you who will grab some of that extra, old gear from your basement when we ask for materiel - you are each and every one of you, responsible for making it happen.  You will be there on every deployment with us.  None of it would have been possible without the work of Brock Townsend and his daughter Dixie who always make us a safe, comfortable and excellent place to get the work of Patriots done.  These same things were done in our past...

Sandman had a quote at Brock's that I am certain is causing consternation in particular .Gov circles.

We are the III.  We are Everywhere.