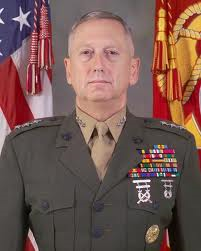 Some of you are in Command positions of Militia, or Tribes, or just your family.  Some of you may find yourself suddenly looked at as Patton by your frightened neighbors who have heard rumors that hordes from the hood are coming to rape, pillage and plunder.

The United States Marine Corps has a school where they teach Officers the basics.  It is called, in refreshingly non-acronym .mil style - The Basic School.

I've made a few notes in italics.  Next time you like to fancy yourself ready to lead a team of hard-chagrining Militiamen into the teeth of the enemy for Liberty, ask yourself one simple question: Are you ready to lead Men?

And you NCOs know leading Men is not magically imparted with that O paygrade...

Phase I (7 Weeks):
Individual Skills Leadership
Rifle/Pistol Qualification - You should be better than 80% of the men you are leading into combat
Land Navigation - You really can use that compass, at night, while men are hunting you, yes?
Communications - Leaving this purely to your Comms guy is not what Commanders do...
Combat Lifesaving - You don't need to be as good as a real medic - but you should be better than most of the men you are leading...
MCMAP
Combat Hunter Mindset - Google it.  Killing a man is not as simple as you think - nor is it usually any real drama to the Soul (Murder does injure the Soul - but not killing)

We need not be professional, career military men.  We need common sense and basics.