...sent hither swarms of Officers to harass our people... 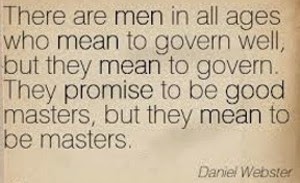 The Revolutionary War was not about taxes.

It was about one issue: Who will be the Master of whom.

Will the King and his minions Master you?  Or, will you be your own Master.

This phrase from the Declaration is our fight: He has erected a multitude of New Offices, and sent hither swarms of Officers to harass our people and eat out their substance.

Those who would be our Masters do not merely reside at the White House, or the Fed, UN or IMF.  They reside in the homes on your street.  They teach your children at school.  They work in cubicles at your company.  We III like to think we are everywhere.  In truth, it is they who are everywhere.

In Hawaii a father was arrested and charged for second-degree endangerment of the welfare of a minor.  It was a neighbor who called the authorities.  So a meddlesome neighbor, the school system, Child Protective Services, the local police and Judicial system allied against a man who - told his own son to walk home the last mile from school as punishment.

The father was ordered to parenting classes.  He was ordered to pay the Government $200.  He is on legal probation for one year.  If he is caught walking his child, anywhere, he risks prison.

You and I both know the people of RevWarI & II would have never let tyranny become this oppressive before they reacted - but that's on us.

Hundreds of millions of people in this country intend to be your Master.

Once you work through all the mental gymnastics, the moral quandaries, the philosophical nuances you will come to the Truth: The only way they will stop acting as your Master is to make them stop.

...and words will not be sufficient to the task.

How's your throat punch & back fist?  How's your double-tap?  How fast can you tie a noose?  More importantly - are you willing to use these tools?  Or will you choose to bend knee?