It's the Fuckin' Commies, Stupid... 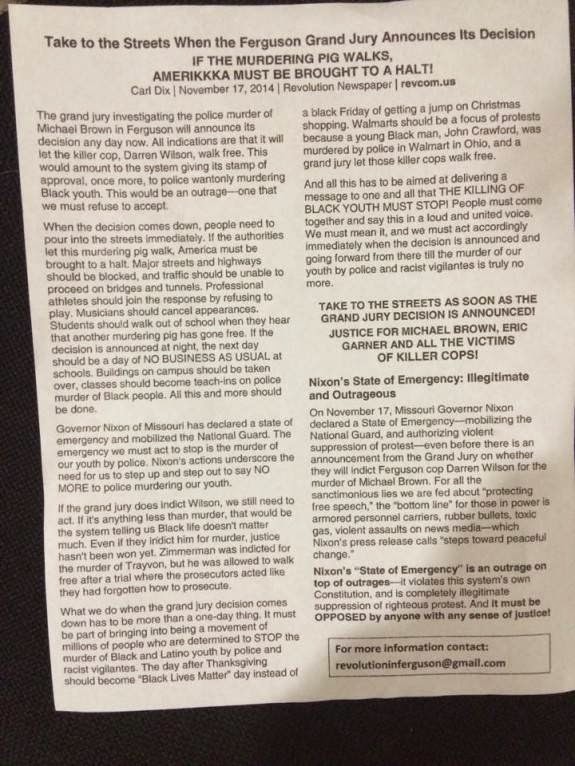 Click the pic to embiggen.  This was forwarded to me by an ally.

Anyone who rolls their eyes or tries to argue this fundamental premise should be immediately moved to the bullet-stopper positions in your formations: Nearly every single problem in America that imposes upon Rightful Liberty is the work of Communists peddling Communist ideology.

This is the website of the Commie Fucktard behind the above flyer: RevCom.us

In many cases you must scratch the surface and dig a bit to find the links, but the links exist.

Jim Klein reminds us all often that the fight has always been collectivism versus individualism.  Communism is the manifestation of that collectivism in our world.  When you bitchslap an anti-gunner or an advocate for entitlement programs, you are bitchslapping a Commie.

If you are having any hesitancy about bitchslapping ANYONE who is working or advocating the infringement of your Rightful Liberty - get over it.  You are NOT bitchslapping a Human Being.  You ARE bitchslapping a pureblood Communist or one of their Useful Idiots.  Either way - they are genuine, existential threats to you and yours.

This is war, folks.  It is not a "...legitimate difference of political opinion..."

This is a war against slavery - and you are the one being fitted for chains.

And they are coming harder, now.

Remember I recently mentioned (at WRSA) that ALL of the groups massing in Ferguson (from outside the AO) are Communist in nature, and that when you get past the Useful Idiots, you'll find "white" Commies financing the whole operation?  Well, look at the pic below.

Many Useful Idiots - and a couple of "white" Commies front & center - seek to complete the work begun more than a century ago to imprison Humanity under the yoke of tyranny. 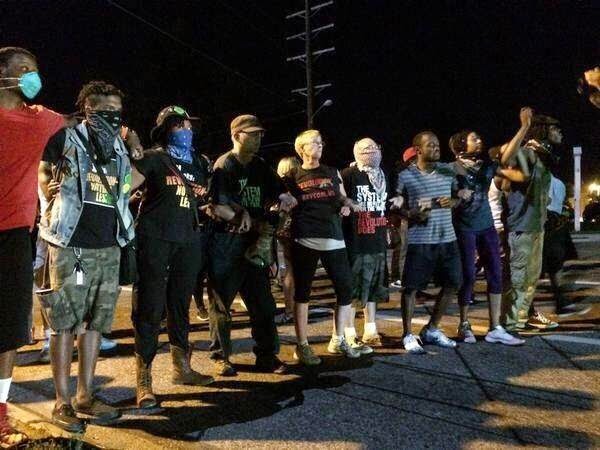 Patriots: Get past whatever mental reservations you may still have lingering in your braincase.

Any biped who seeks to infringe your Rightful Liberty is NOT a Human Being and may be engaged without ANY stain upon your Soul.

GET THE FUCK OVER YOUR MISPLACED COMPASSION AND BENEVOLENCE AND PREPARE TO DEFEND YOURSELVES.

Or let them kill you.  Your choice.  Rightful Liberty and all...