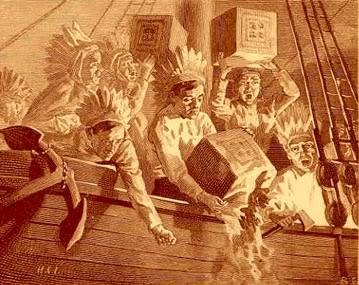 That evening, a group of 30 to 130 men, some dressed in the Mohawk warrior disguises, boarded the three vessels and, over the course of three hours, dumped all 342 chests of tea into the water. The precise location of the Griffin's Wharf site of the Tea Party has been subject to prolonged uncertainty; a comprehensive study places it near the foot of Hutchinson Street (today's Pearl Street).

At the break of dawn on June 10, they boarded the ship. The crew put up a feeble resistance, Lieutenant Dudingston was shot and wounded, and the vessel burned to the waterline. The man who fired the shot was Joseph Bucklin:


JOSEPH BUCKLIN, was well known in Providence and kept a prominent restaurant, or place of resort, in South Main Street, where gentlemen resorted for their suppers. Here, too, they assembled, to discuss politics, and where, possibly, the expedition which destroyed the Gaspee, was discussed, as well as at Mr. Sabin's house, which was near it. 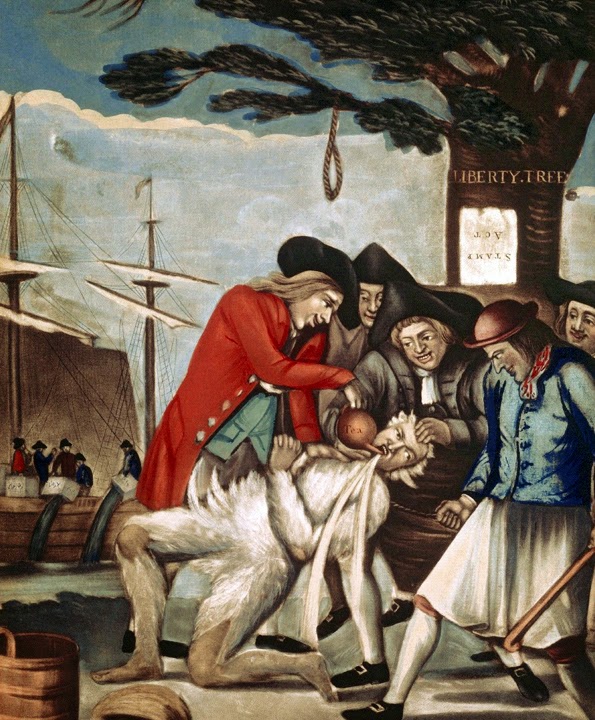 The Sons of Liberty paying the local tax man - in tar & feathers. 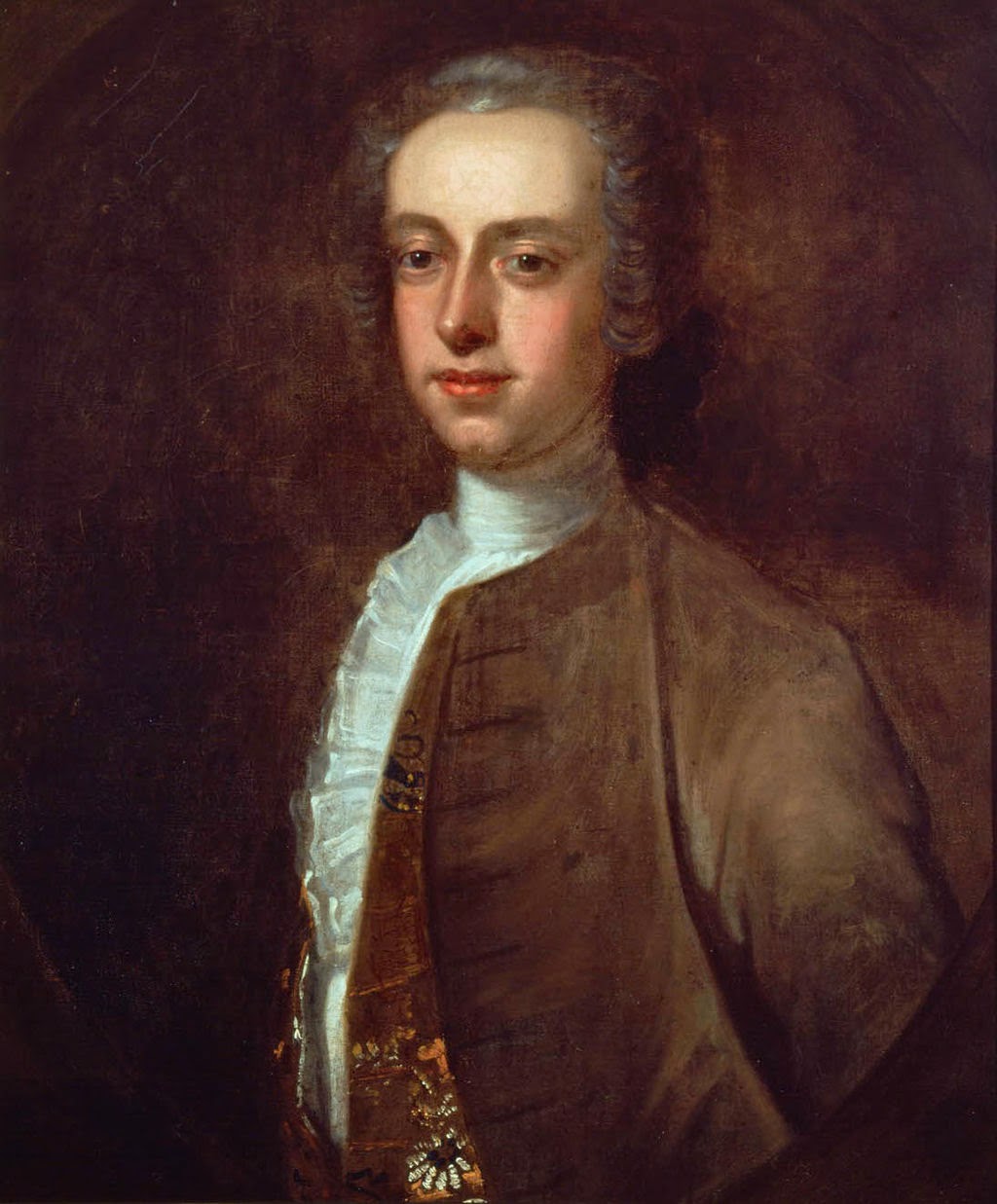 Thomas Hutchinson: Burned in effigy and had his home ransacked.  Wiki calls this "Mob Violence", but that "Mob" was inspired by a few Sons of Liberty.

What do these acts, and many like them in the years leading to and into the Hot part of RevWarI have in common?

Small groups of men who dared to go into harms way and stir the passions of their Countrymen, leading to action.  They interrupted the commerce and morale of the enemy.  They made the enemy afraid.

None of these guys would probably ever make it through BUDs or Special Forces Q Course.  They were merchants, farmers, dock hands, restaurateurs, printers.

It is not their training that made them Commandos.  It was the balls they had and the willingness to take point.  The tasks defined them - not some obstacle course.  In WWII many of these guys would have earned the title "Commando".  As I read the history of what they dared to do - I call them Commandos.

If you are a sincere, genuine, red-blooded America III Patriot - you have everything you need to earn the title "Commando".  You simply have to do the work.  That's what Leaders do.

And remember the original meaning of the word 'commando' = 'militia'.