The Most Likely Trigger for WRoL & SHTF - Bubbles

"We've had two huge bubbles that collapsed already in this century," he said. "When this third bubble collapses—and surely it will—I believe that will be the day of reckoning. The credibility of all this central-bank-dominated, Wall-Street-coddling policy will be totally repudiated, and maybe then we can clean the slate and start over." - David Stockman, here. 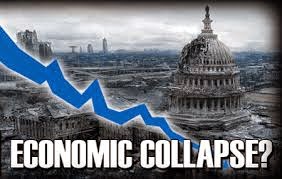 The masses in America will not begin to take action in RevWarIII (which has already begun) until hardship touches their lives directly.  And not mere hardship will do to get Americans angry enough to get off the couch, much less leave the porch.  The average American (and American Patriot) will not go to the Green until he is faced with the inability to cover the basics of life - see Maslow.

John Parker was 46 years old when he walked to the Green in April 1775.  He had 75+ Militiamen who walked with him.  The men who assembled had to do much more than jump in a truck and drive a few minutes to the X.  Most of them lived miles from town center, and either walked or rode to be there.  (Can you muster 75+ Patriots who will meet you on the X today?)  There was effort involved simply in getting to town.  Hardships had to be endured - for a man on the Green is not tending to farms and livestock.  John Parker would be dead fewer than 5 months later.

When the next economic bubble bursts it will be an F5 event, because there are no more rabbits in the hat. When printing dollars no longer works to push debts into the future, every American will be faced with threats to the basics of life.  Hot war will be the only remedy.  Enemies of Liberty mean to have a war to obfuscate the theft of global wealth in an attempt to avoid a rope around their necks.

Everyone else will take a side, one way or another.

The economy today is an abject fraud - smoke held in place by nothing more than hope and lies.

When that happens brother will turn on brother again.

I hope you are doing everything you can do to be prepared for that day, which is imminent.