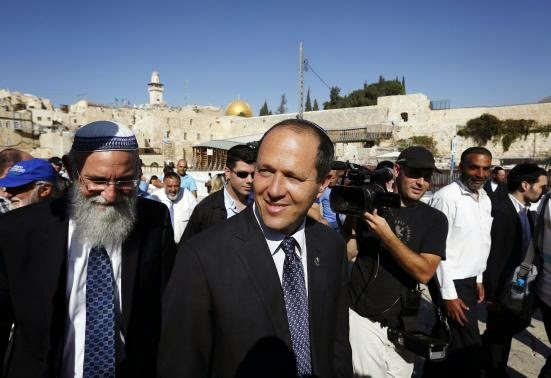 I know many of you think your Combatives skillset is sufficient.  Some of you are correct.

Most of you are mistaken.  If you don't think you are going to have to share punches and kicks with Bad Guys in this counter-revolution in the name of Liberty, you are not being realistic.

Too many of you put way too much faith in that steel (or Tupperware ;) you carry.

The guy above is the Mayor of Jerusalem.  I don't think I need to explain the caliber of his security detail.  Shin Bet and Mossad are among the best in the world in many martial skills - and I can tell you from personal experience, tangling with any of those folks will test every martial skill you've got as well as your martial spirit.  If you have an ounce of quit in you, it will surface in a ruckus with a Shin Bet or Mossad pro.  One day I may tell a few of you about a former Mossad lass who taught me a few lessons in Colombia.

The Mayor of Jerusalem and his high-quality team are always on alert - and a single Palestinian with a knife was able to breach the cone.  The Mayor had to defend himself as his security detail clicked into action.

If he has to be prepared to personally handle a surprise blade attack by a Bad Guy, while at the center of concentric rings of security by the professionals who have his back, you'd better believe you need to be ready for the same.

I hope you read between the lines and understand just how important it is to learn how to break a bastard with your hands - or at least stay alive long enough to deploy your weapon.