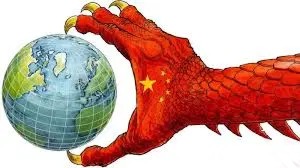 China tops the list.  Donald Trump cut them deeply and they know he will do so again.  He cost them momentum in their plan for hegemony and expansion.  He threatens the future of that same hegemony and expansion. He made them suffer the loss of face - an intolerable injury to the Asian psyche. China needs him gone - decisively.

They wouldn't kill a few hundred thousand (or millions) of their 1.3+ billions for a strategic gain?  They wouldn't take a short-term financial hit by shutting down the global economy - at which they are, and intend to remain, the center of manufacture?  They wouldn't risk WWIII by getting caught deliberately releasing a bioweapon to win a piece of this Cold War?

Without hegemony and expansion - China implodes and the Communists die.

Donald Trump is an existential threat to Chinese Communists.

In a matter of weeks the re-election of Donald Trump has gone from absolute certainty to rocky ground.  Coronavirus is tanking the global economy and the political enemies of POTUS are rabidly attempting to maximize gain from the circumstances.

There is absolutely not one single American politician on-deck to replace Donald Trump who even remotely has the America First gene and the mettle to continue America First policies.  A Trump loss in November will install a demonstrably anti-American, pro-globalist, pro-China Leftist who will undue President Trump's work against China, and go further to aid their ideological fellow travelers in regaining their momentum for hegemony and expansion.

Obviously the American Leftists - that is everyone from Lindsey Graham & Bob Barr to Paul Ryan to Bernie Sanders and the hundreds of millions of 'Americans' who are not America Firsters - but sucklers from the American Teet.  Most of the 'Patriots' in your life will benefit from a Donald Trump loss in November - for an overwhelming majority are Nancy Pelosi 'Patriots' who rahrahrah Patriotic talking points while working .Gov jobs and accepting .Gov welfare - in one form or another - into their homes.

President Trump and genuine American Patriots are the losers - everyone else benefits.