Has the Cascade begun? 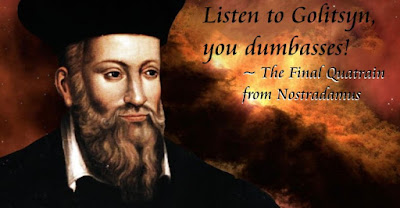 Has Team BearDragon set into motion the prelude to WWIII?

Step 1: Set into motion some series of global events that lead to confusion, chaos, fear and financial collapse.  These events must not be seen as deliberate - as a prelude to war.

Check.  Much of the Human Herd is spooked - right now.  Toilet paper and essentials are dwindling.  Just-in-Time delivery is about to sputter as supply chains are stressed.  The threats pounding the financial status quo are no joke.  If a certain velocity toward the great financial unravel is reached, the implosion will set the stage for the next step - an 'attack' of real significance on CONUS carried out by some non-State entity.  This won't be a plane-into-a-tower yawn.  Some 'Terror' group will turn an American city to glowing glass.  Damned Muslims - but it won't be Mo's Morons.  They'll get the blame in the weeks or so that follow as America crashes into the abyss.

That's when Team BearDragon will move.

Many 'Ifs' between here and there.  But if you are wise, you aren't worried about toilet paper and surgical masks right now...
Posted by K at 9:03 PM